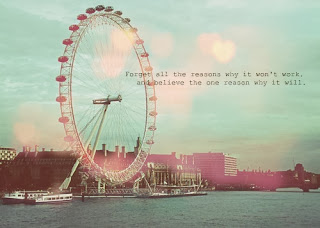 ** This post may be a bit graphic if you have a weak stomach for stitches and blood and bruises. This kind of thing might freak out some people, as for me I aspire to be a doctor. Read on to see the progress

A few weeks ago I mentioned that I was wearing stitches and steri-strips on my face in one of the pictures for an outfit. Now is the time that I would love to share my journey.

Ever since I was little I always had a small beauty mark (I hate the word "mole", ew) on my chin. It was not that prominent, except I just preferred that it was not there. It was always a big insecurity for me because other than that, I really liked the way that my face was created. I really became worried about it when I was ten because that was the time that I started to shoot up in height. This caused my face to become more mature looking and the mole ever so slightly bigger. I begged my mom to take me to the doctor to take it off because I just had something against it. So there I waited until December 2012.

Last December, I had a treatment done where the demonologist just scraped off the top layer of the skin at an attempt to make the mole less visible. My thought at this point was "anything to get it closer to invisible". I had a simple Bandaid on my face for about a month. I thought the healing process was looking very good, only one problem: the scab never turned back to a mole or skin color. It was always this red and bloody and inflamed dot on my face that was bigger than my original mole. I was very good at covering it up. Mastering the concealer was key and so was the retouch in iPhoto to make the mols/scab less obvious. Throughout the day; however, one wrong way I put my hand on my chin or one wrong slip of a sweater wiped the concealer off and revealed to all my unhealed mole. (cute I know) Most of the time, I was caught concealerless.

I hated the outcome. I just wanted to be able to not wear makeup and still feel super confident and not worry about grossing anyone out at the pool during the summer, or even worse wear makeup to workout in.

I got a minor plastic surgery that changed my entire life during November. My plastic surgeon took every single bit of the mole out. She had to cut a deep ellipse and suture my face shut. At first it was purple and blue from the bruising. But now, I am EXTREMELY happy with the result. I can go out and show my scar proudly because it was a work-of-art surgery. I would not take back my red dot for the line on my face ever.

I am going to share some pictures now. They may be a bit disturbing to some, but I really love seeing the progress.


Over the course of this journey, I have had some doubts. But in the end, I am trusting myself and my decisions. My word to any of you who want to change something about your appearance is: RESEARCH. This is so important in getting the outcome that you truly desire.

This has been the best choice that I have ever made and I am so excited to see what happens in the future.

Do you have any questions?

Have a happy Monday!