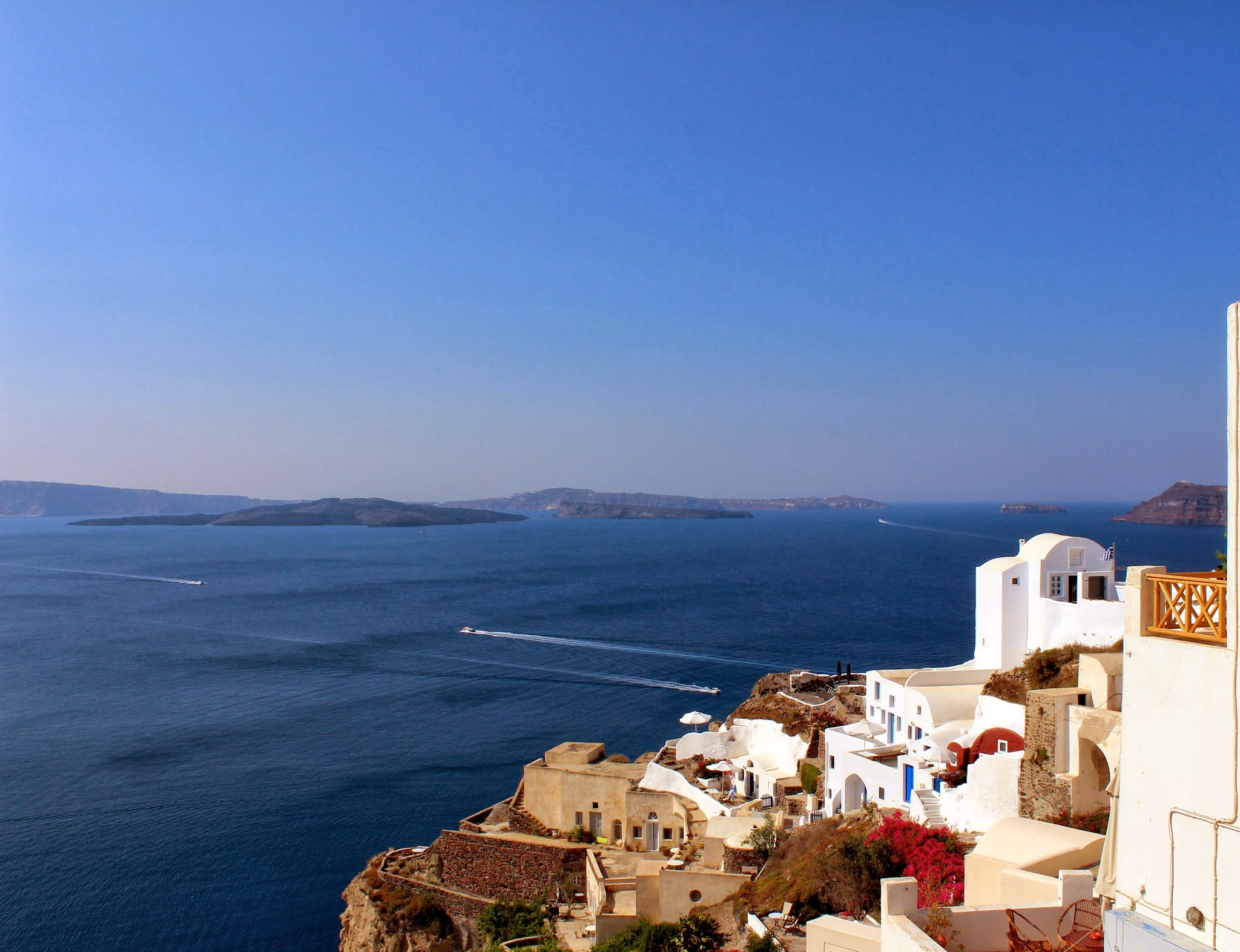 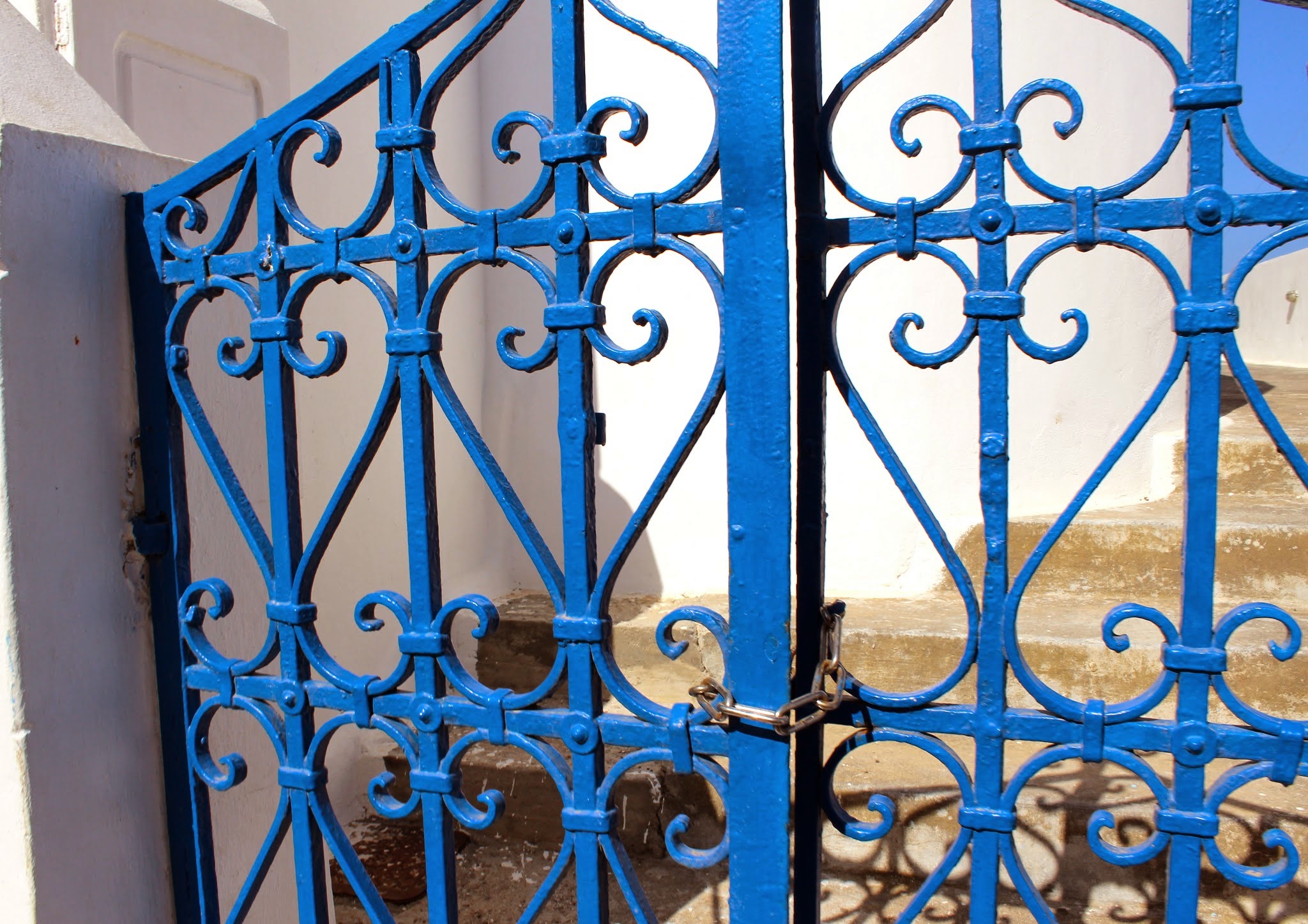 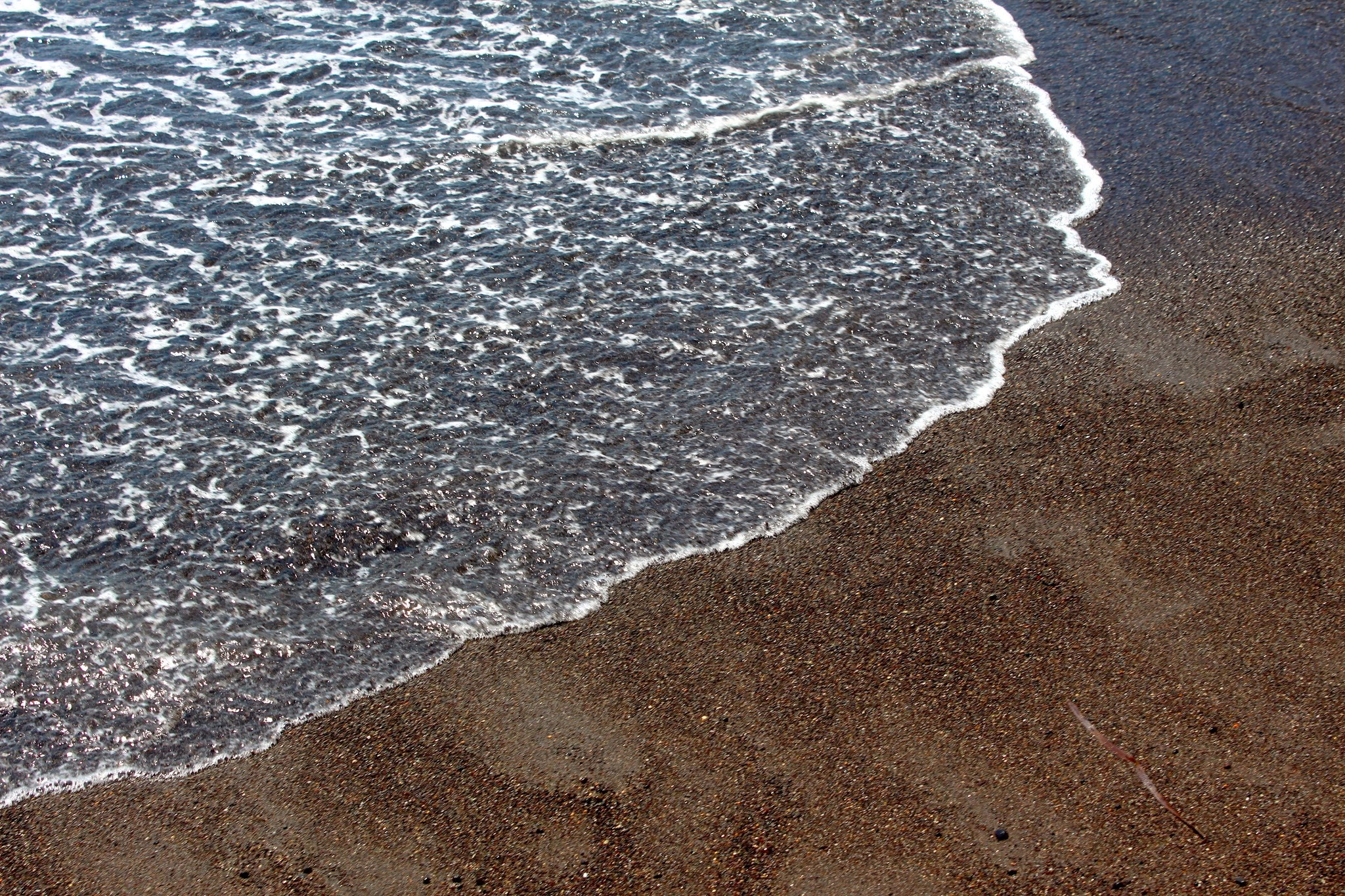 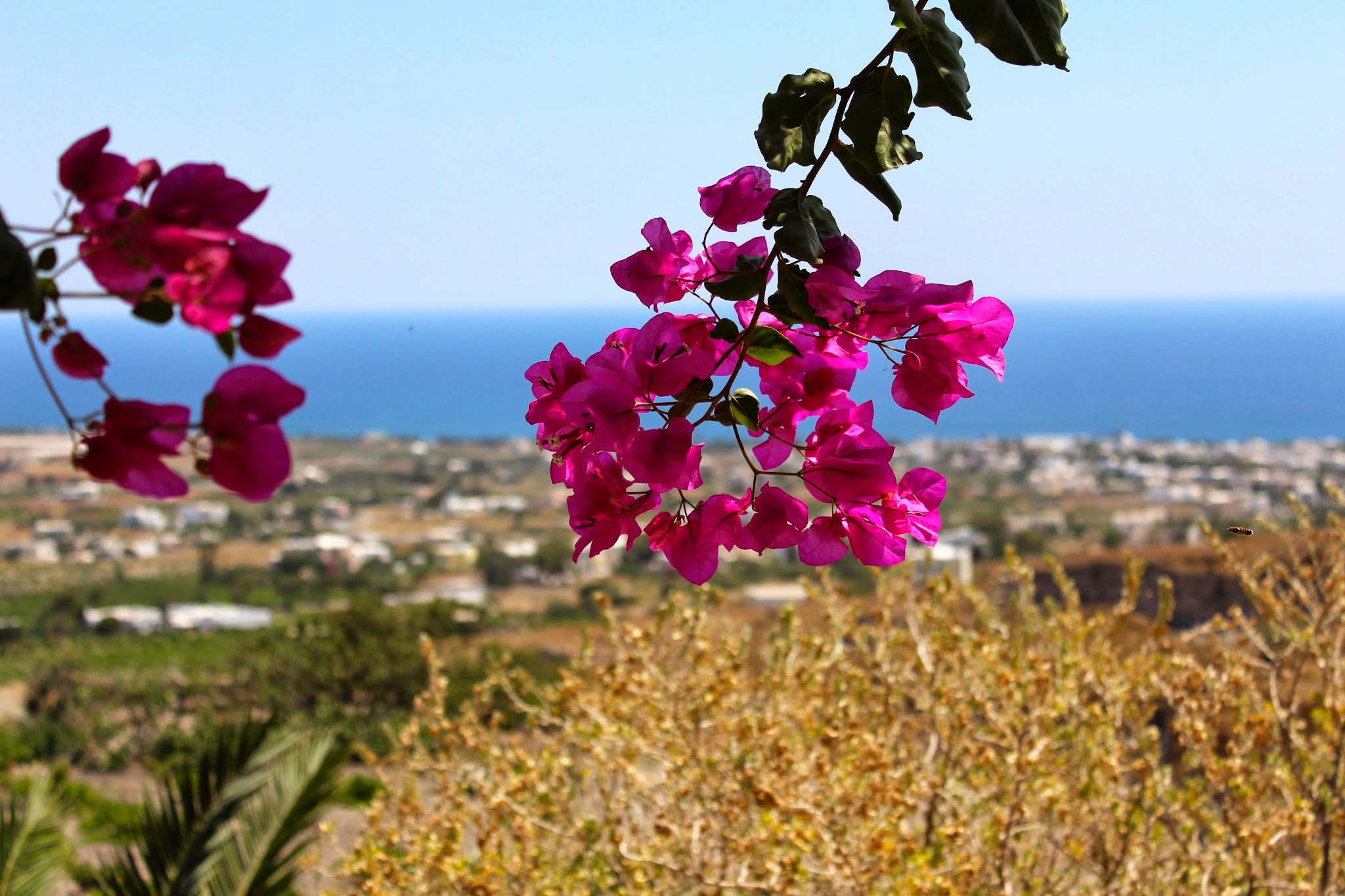 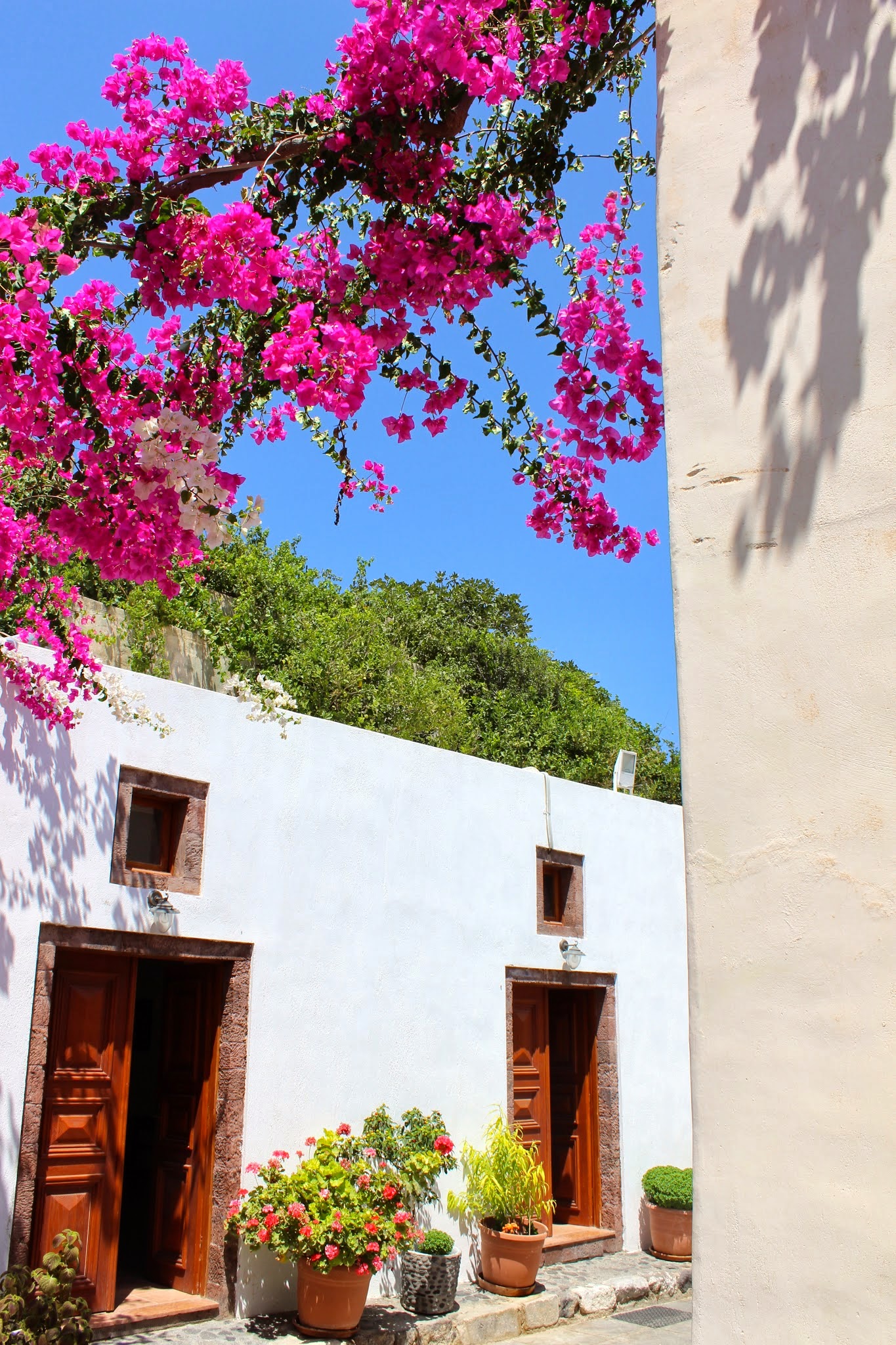 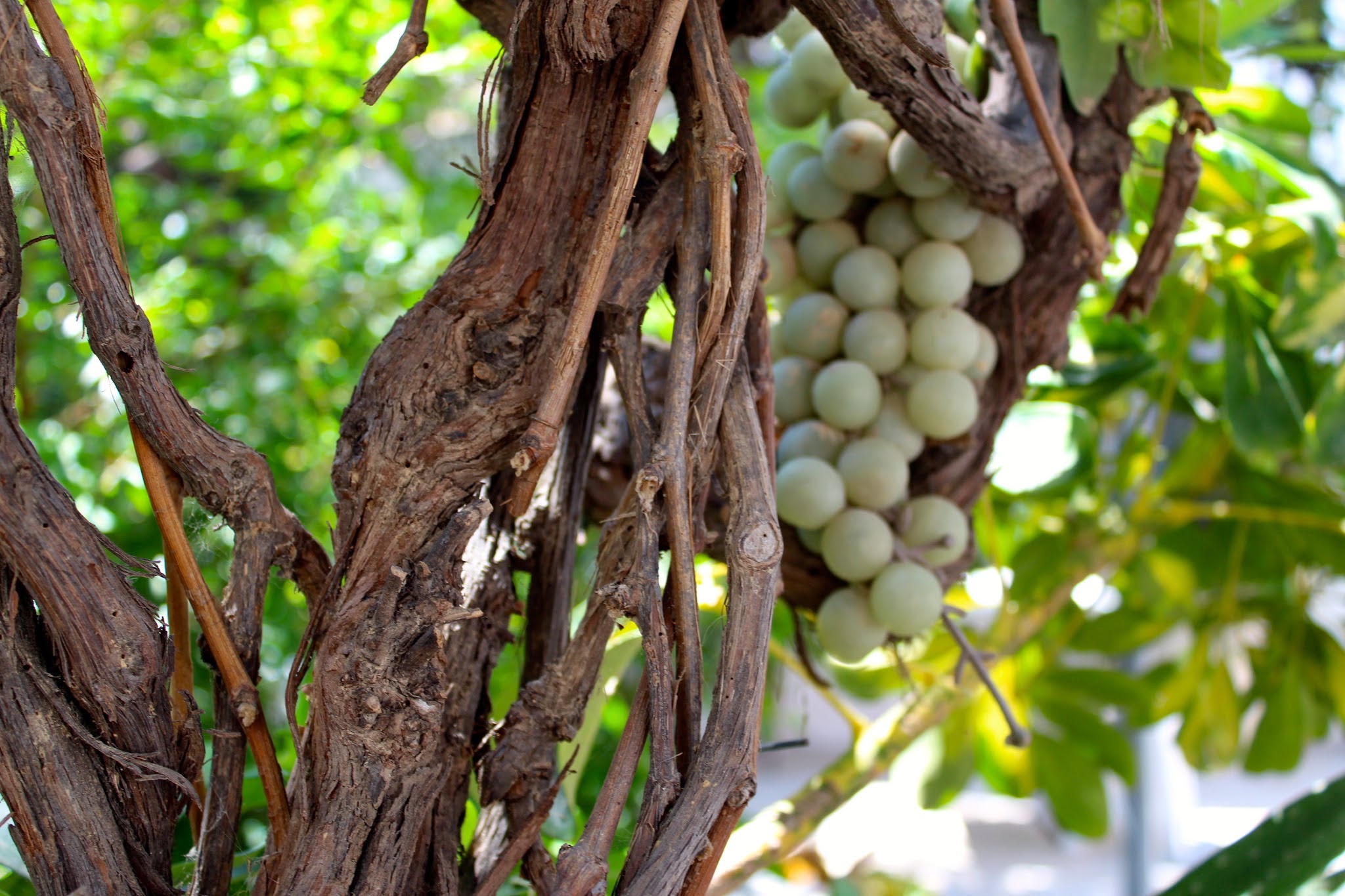 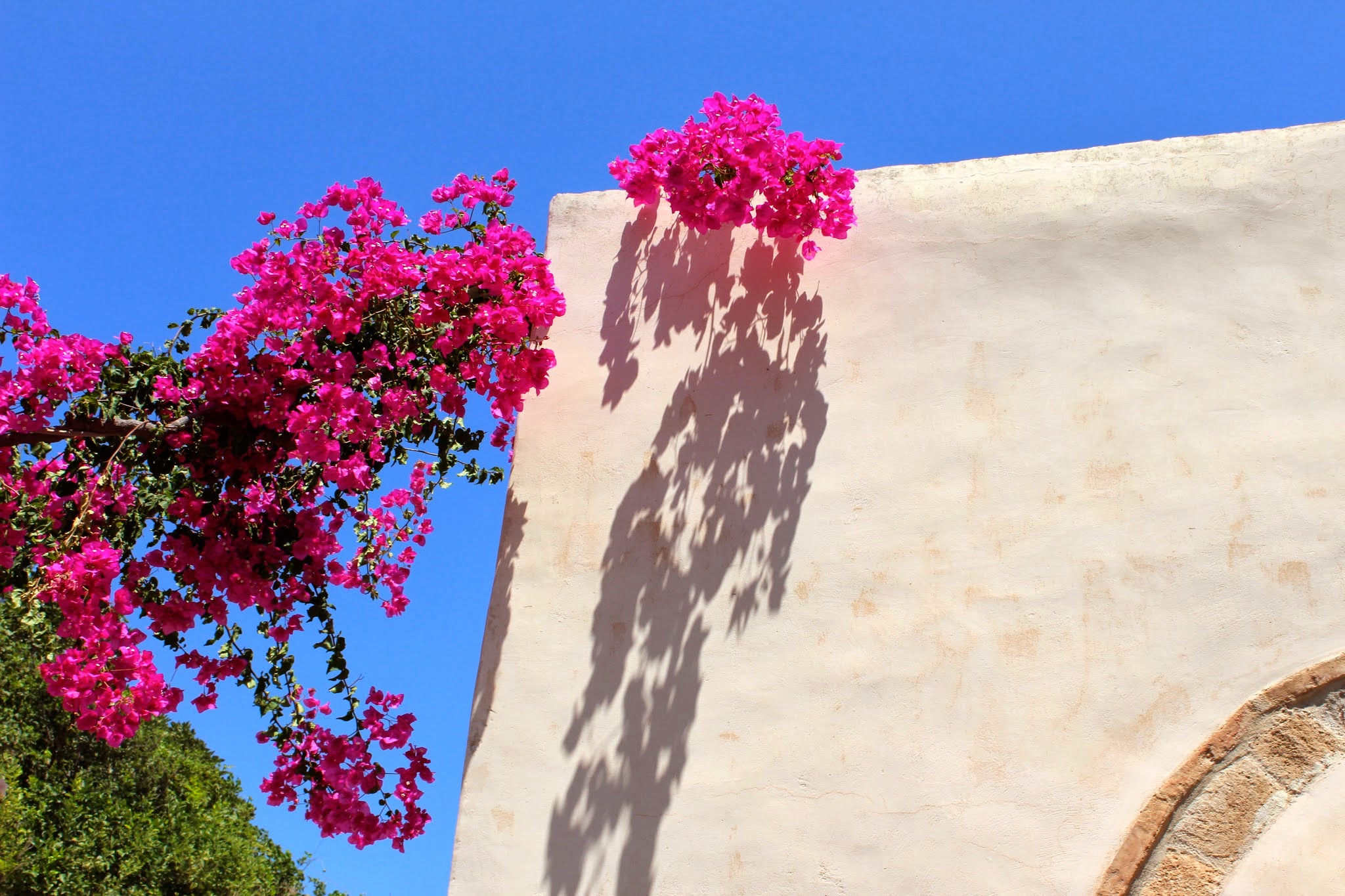 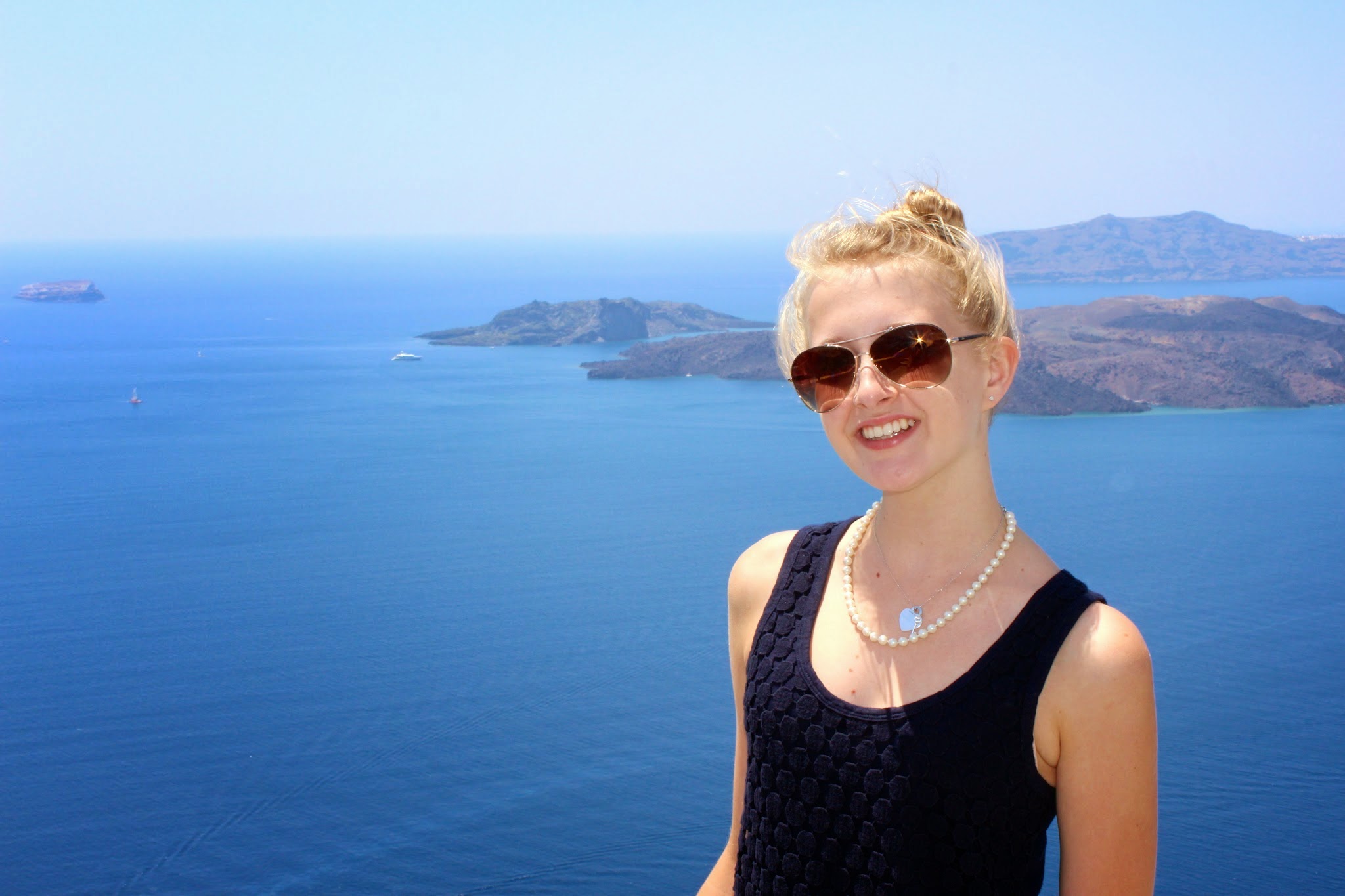 Santorini, Greece is like a post card. And while on the subject the first picture is not from a post card, I took it capturing every single aspect of classic Santorini: the white washed homes, clear skies, blue Caldeara water and lush vegetation fit for only the driest of climates.

The island of Santorini is located in the Agean Sea and is one of the many volcanic, Greek Isles. Because it was made as the aftermath of a volcanic reaction, the beaches are not covered with soft, pink sand, but rough, black and finely ground volcanic rock that is very hot to the touch. Actually, where I am standing in the last picture, the water is covering the mouth of  the volcano that created the island, creating the caldera nickname for Sanorini.

Santorini is split into two parts: the part that tourists typically see and the part that is less touristy, or where the native Santorinians (?) live. The part that tourists typically see includes the beautiful white washed buildings, beautiful flowers and tourist trap foods such as local a type of local nut. On the other side of the island, it is less inhabited by those trying to make a living off attracting tourists. It is less striking and much more barren and remote. The people here make a living by fishing farming and wine making. These natives commute to and fro from the big city of Athens, Greece. On the less touristy side of the island there is the absolute best food. The transition between the two sides of the island is many beautiful roads that travel through the beach and country side with churches from the Byzantine Empire visible though out the drive. For lunch when I was in Santorini I had freshly pressed olive oil and bread to start with. Then a super yummy mixed green salad, followed by some type of local meat (I don't remember what kind) and yellow jasmine rice. The whole meal was simple yet heavenly.

With spring break two weeks away, I am itching to go on another traveling adventure. Because of my burning desire to roam foreign lands, I have decided to introduce a new series to you called "Travel Tuesday". This series will consist of pictures from past voyages and inspiration for future endeavors.