A Little Heart to Heart 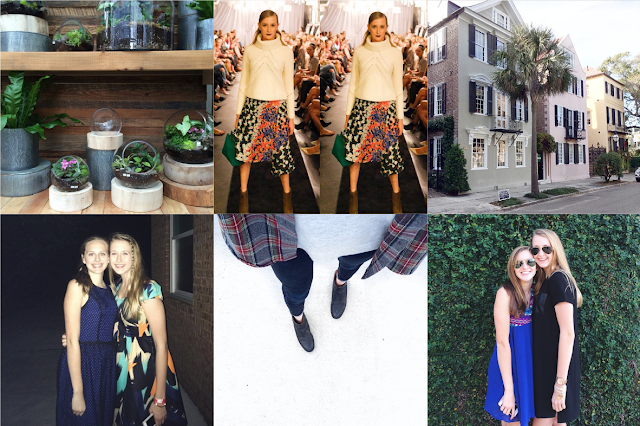 Okay, let's have a little heart to hear here: from blogger to readers.

[ Warning :: a super long, emotional teenage girl rant that is probably too personal for the internet ]

From the bottom of my heart I am so sorry about my absence on my little corner of the internet. My sophomore year of high school is absolutely kicking me in the butt. I do so much on the internet everyday, that when I come home all I want to do is cuddle in my bed and throw my computer out the window. Relatable? I am taking several challenging courses this year and on top of keeping my grades up, staying active, modeling, attempting to eat healthy, lack of inspiration etc. etc. blogging just has absolutely not been the number one on my list, not even like number five, it's been wayy down there if at all. I mean there have been days where I think to myself I should blog. The only problem? It's 9:30 before an AP European History test, I'm absolutely drained and I still have half of my massive stack of notecards to fish through. Ok blah blah blah … enough with talk of school, I can't wait to get my sanity back over Thanksgiving Break.

October 2014 was hands down the best month of 2014 thus far. I don't know if you know this, but around April to May last year, I was at a super low point in my life. The people I were going to school with or the past four years started to not be the same people that I had known and I don't know. For some reason I found myself just to be plain sad all of the time! I don't even know why. Modeling was great, I was making awesome grades and the school year was winding to a close - I could practically smell summer every singe day. But for some reason, I was sad. Not like depressed or anything just sad. I fell into a deep hole where I didn't want to talk to anyone and I just wanted to go home and sleep. No particular reason, but that is what I would rather be doing. But towards the end of the school year, I had some problems with some of my friends (I'm getting way too personal here) and then I just practically reached my breaking point. The last day of school I practically ran home!

I passed the summer recovering from this emotional point in my life. I was working out like crazy and eating like crazy (mostly healthy, but lots of ice cream and bread #noshame) - I think I put on like five to seven pounds during that time but what the hell I was starting to become myself again. Over the summer I was super productive, I took two classes online and even signed with a modeling agency! I travelled to Ecuador with my family and my best friend and her family. I explored, but most importantly I started to practice yoga again. You guys, yoga has completely changed my life. I have become so much happier, so much more centered, so much more grounded, so much more loving and so much more alive. I wake up every day so excited to be here on this Earth and I go to bed thankful for each day and its challenges and blessings that it has brought to me. okay, reader's digest version, yoga and the teachings of yoga have changed my life. I will write a post about yoga because it is something I completely believe in it's power of change. ( mostly because I still have lots to cover in this post )

Anywho, October. October was the month that I truly became super happy and super zen and super smily. I am finally finding my place at my new school and I am finally finding my niche in life. I finally realized that I am a happy happy person and I have learned a lot in the past year of my life, read this. Let's see what else. I don't know I just cannot stop smiling okay? I explored my home city, Charleston, more. My personal style has grown up so much. I even went to the school I went to last year's "homecoming" (remember from last year? times are certainly very different. wow I can't even believe that was a year ago). It was pretty symbolic for me: saying hello to the people who I saw every day last year, but most of all forgiving those who I thought had hurt me. It was just a time and place to say goodbye to that chapter of my life and open the page to the new one. I mean me and one of my very best friends both left that school and both took certain separate paths, but decided to dress up and go to this dance together. It was sooo awkward to be there. The people that I and once known, their circles had closed and they had already moved on. It was just nice to be there to say goodbye to something that had made me sad for so long. Closure.

I celebrated my 16th birthday on October 16th - it had to be the happiest day of my life. I started a new year (my golden year ooohh ahhh) being super happy and doing what I loved most - modeling. I had a dinner to celebrate my birthday with some of the people who have really been there for me during my super weird year. Nothing too crazy, super simple.

But yeah. I think I am back in the blogging groove now, but who knows. So bear with me beautiful readers … good things will come don't you worry.