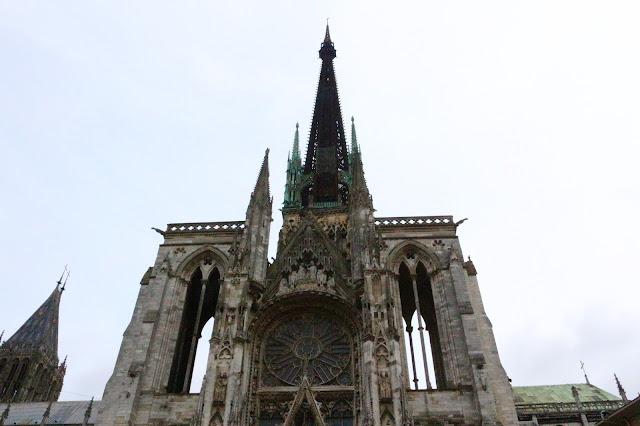 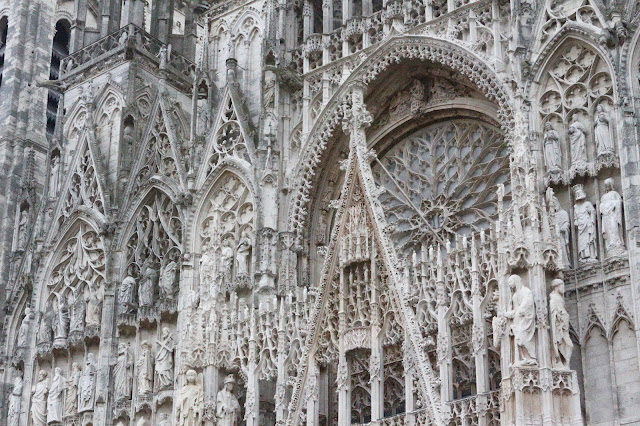 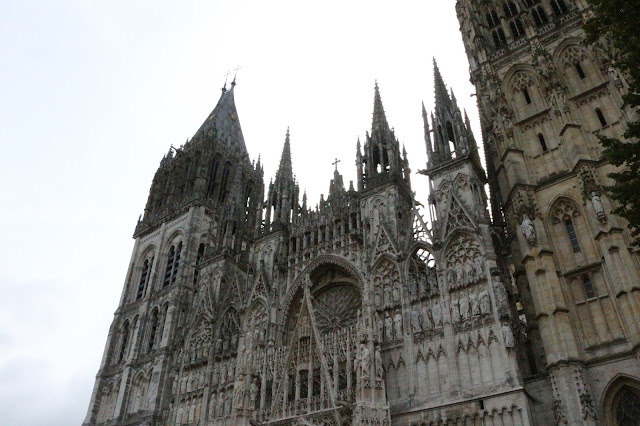 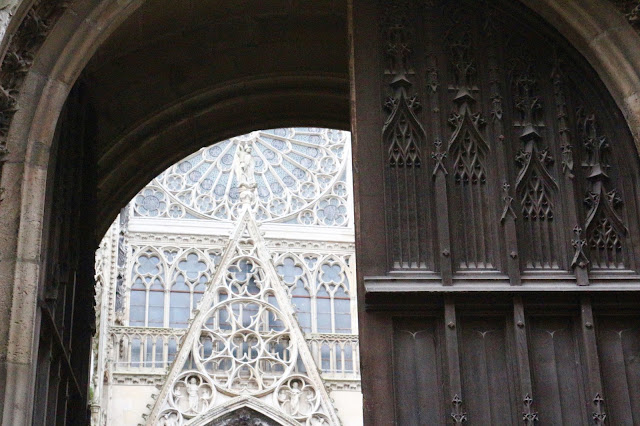 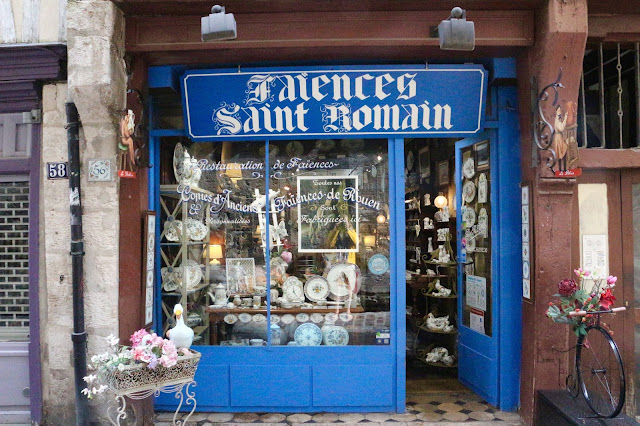 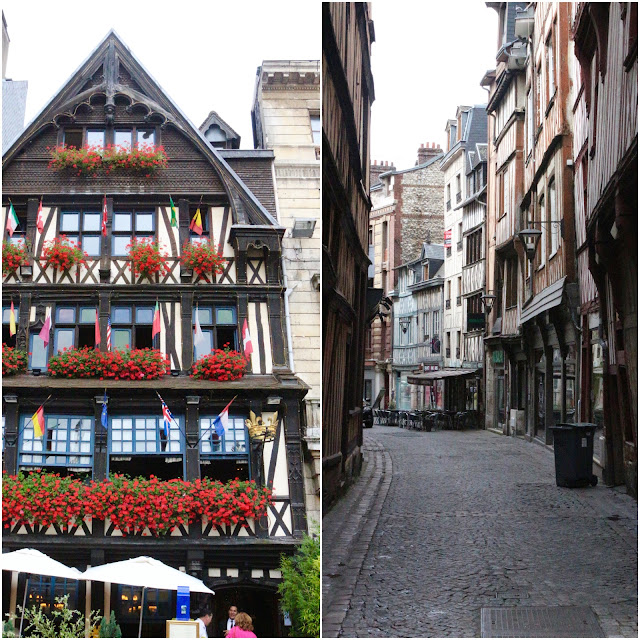 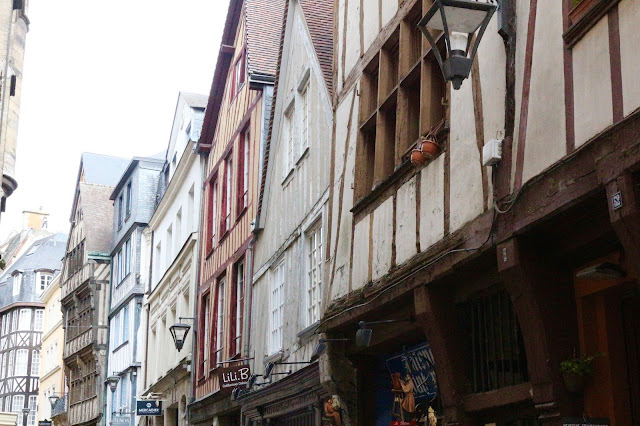 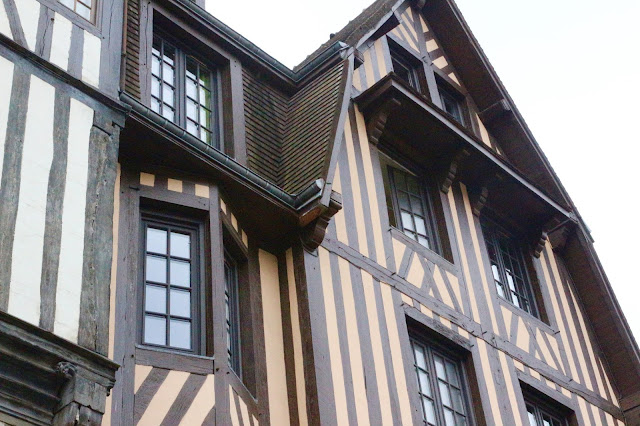 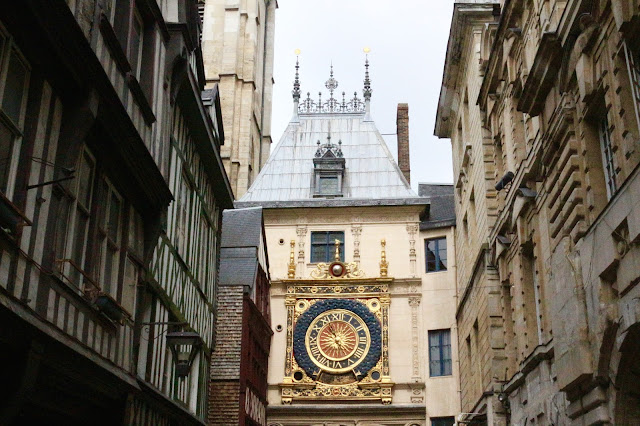 On our way to Paris from Normandy last year, we took a stop for the morning in the quaint town of Rouen. It was a Sunday. The streets were empty. The shops were closed. The smell of ground coffee swirled out from the cafes. The heart of this small town had a market with people stocking up on their fresh produce for the week. As far as I could tell, I was the only tourist on this day. It was nice to be enveloped in the ordinary French day, almost as if I was a statue and the world was passing by. That is one of my favorite parts about traveling. I love seeing different day to day lives all over the world, while to the locals their lives seem ordinary, for me they are extraordinary - I can learn something from their lives through observance and truly appreciate the simplest aspects of another country. That, my friends, is real connection.


This Gothic cathedral of Rouen was painted numerous times by Impressionist master Claude Monet. He had an apartment that looked on to the cathedral where he could paint the way the light was reflected during different seasons and different times of the day. Impressionist paintings are some of my favorite kinds of paintings. I love the pastel colors that they use to capture the essences of beams of light. But more importantly, I love the concept behind the works. Impressionist paintings are like an un-staged photograph. They are painted quickly to capture the fleeting moment in time through observing the light. Details are overlooked in lieu of a greater picture.

The time that I spent in Rouen, France is like an impression. Compared to other places that I stayed in France last year, the morning that I spent here was fleeting. And rather than being packed with tourists, the streets were empty and the locals were the only ones bustling up and down the streets. In the few moments that I had in the town, I whole heartedly received an authentic French experience.
Labels: travel