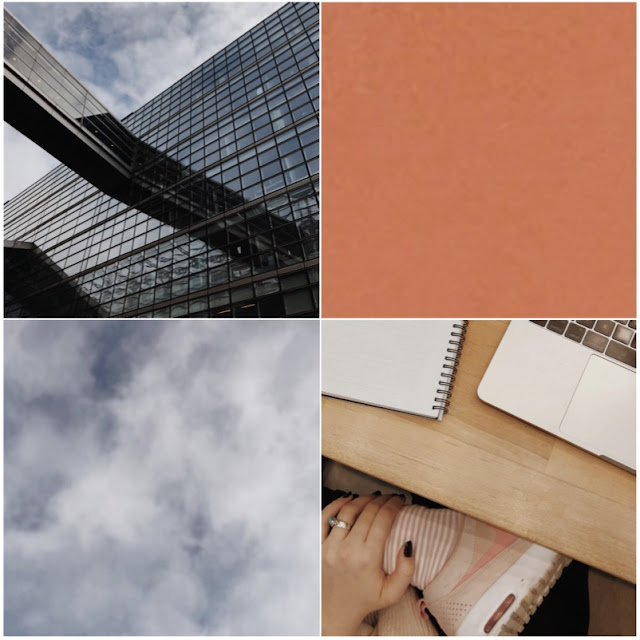 The biggest thing so far that I have learned in college is that education is not about memorizing facts and spitting them back for a test. A college education is different than a high school education because it teaches you not what to think but how to think. Never in my life have I been more confused - there is so much about this world that I had taken for granted. Everything here on this earth is connected, everything was done purposefully and with meaning and the most overwhelming thing is that everything has meaning. Every single day I come out of my classes not knowing what the heck just happened; my world completely rocked and more perspectives added and dissolving what I thought was true before. I have never thought so much in my entire life. I think that's what makes college hard - not the papers, not the tests, not the projects (while yes they are hard) - but what you learn will shake your core and your mind will be opened up to things you had never even thought about before. The best way to describe how I am feeling right now is that I am so overwhelmed by what I learn every day but at the same time it's like an addiction and I can't stop thinking wondering, questioning and wanting to know more.

College has made me realize that the world is so so much bigger than the world I have made for myself. There are global happenings which are important, community happenings which are important, and of course there's what goes on in your family and friends and even important too what happens in your own mind. There is a phrase which I've seen time and time again inside each person is an entire universe which could not be more true but what I've been thinking about is when we interact whether on a personal, regional, national or global scale is what happens when all of these universes collide.

As I am sitting here in the library surrounded by paper, textbooks, academic journals and notebooks filled with my absolute shit handwriting (probably spiked off of a lot of caffeine) I can't help but feel stupid. Here I am going through my readings, my to do list, doing a paper for class, doing research - all of which are important for my education and my grades. These are items that are important in my own universe. But what overwhelms me is that once I shut my computer for a break from typing my analysis of gender role portrayal and conflict between religion and culture in Medieval Sweden shown through Ingmar Bergman's film The Virgin Spring, there is a whole other world out there that I could be a part of ... helping to make change. In my country people recently were murdured and what makes me mad is that this is not the first time that it has happened - we are running out of digits to keep track of national sadnesses like this. My universe doesn't even begin to reach what families in Florida are going through right now and here I am far away from my country and it's sufferings. I want to be there ... I want to actively make change ... I want to be a part of the fight to forever end these kind of happenings, and yet right now I have to throw in the towel because acting like this is just not in the cards for me. Right now the path that I have chosen forces me to focus on my own education.

That's all I can do right now in this moment. Educate myself. Never stop learning. Never stop questioning the world around me. Never stop analyzing. Right now my place is as a college student. The best thing that I can do right now is become one f*cking smart and well informed young woman so that one day I can use my powerful, well educated voice to make real change, to make a real difference. That is my job. Right now I am creating the foundation for how I will impact the world and create a legacy.

Ok back to my own universe.