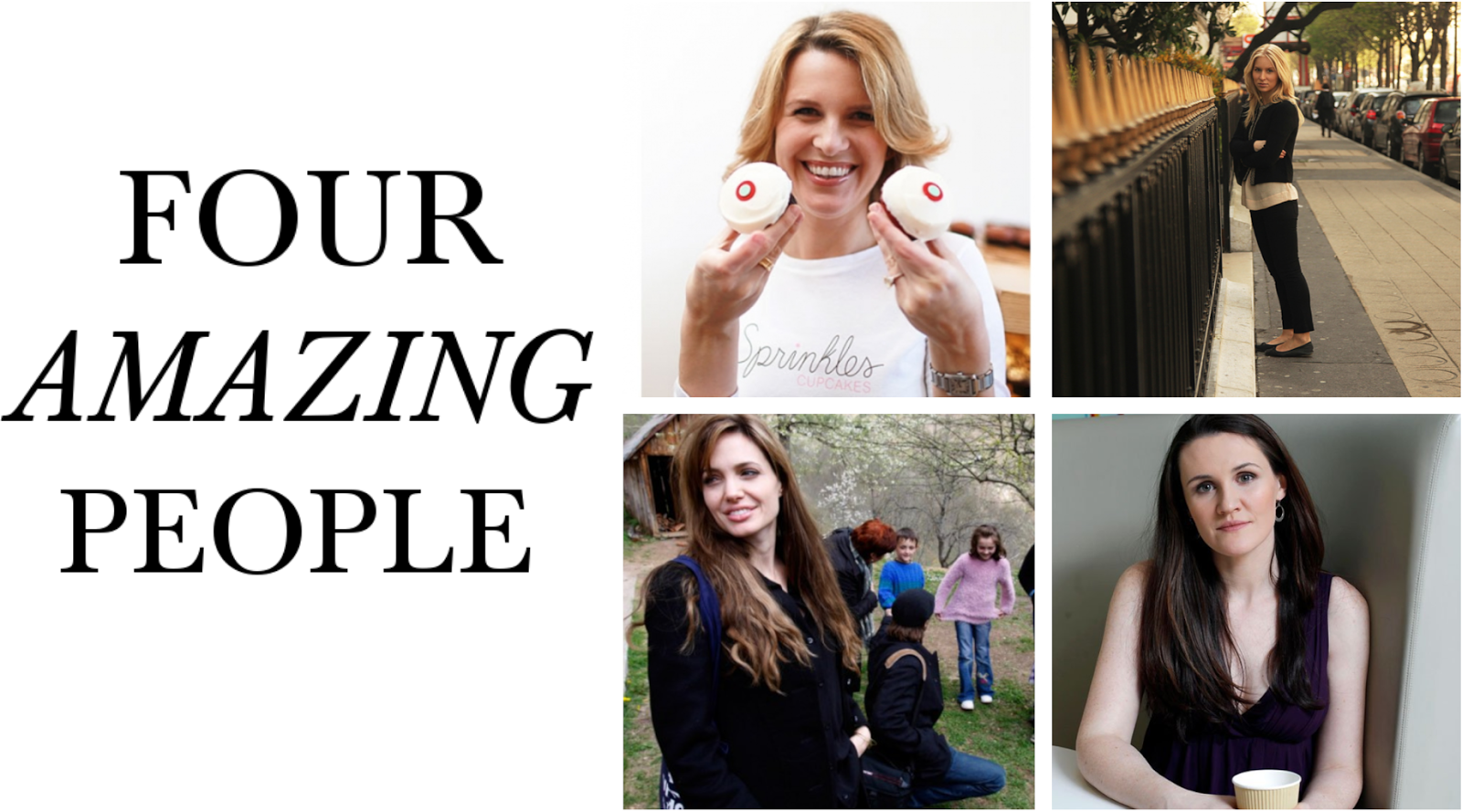 For some reason this past week I have just been in this little bubble of happiness. I love it and I never want to leave. Before school was over, especially during exam week, I found myself becoming a very negative person. I think the lack of sleep, the piles of work and everything in-between left me completely drained. Everything has changed. I'm going to a new school next year, I've started to make new friends and I'm becoming happier and happier. I think this fresh start was really needed.

Now that my eyes are open and I am finally able to think clearly, and not just about myself, but others as well. I spent a good three hours this week sailing to different parts of the internet collecting thoughts, words and actions of some amazing people. All of these four amazing women have something in common: a passion and a strong mind to make this passion a reality.

1. Candace Nelson, founder of the world's first cupcake bakery - Sprinkles, explains the amazing technology behind the first ever cupcake ATM. Watch this amazing video on exactly what happens before the cupcake passes your lips. Her simple dream became a huge reality.

2. Carin Olsson left everything behind in Stockholm, Sweden, in order to create a life to fall in love with every single day. Carin moved to Paris, France and her blog, Paris in Four Months, was created to document her four month trip that caused her to become head over heels with Paris. She even shares her insight to others wanting to take a leap of faith and move to Paris as well.

3. Angelina Jolie has always been one of my favorite actresses. I cannot even begin to explain how to explain what a strong impact she has made on this planet. I happened to stumble across this article about her humble, selfless missions across the world.

4. You may have heard of her before, you may have not. Liz Murray was homeless. Her parents were diseased drug addicts. She had no future until one day her life changed. Her mother died. Liz decided to take the leap of faith and not join her father in a shelter. She and her sister went to school. Liz graduated high school in just two years and received a scholarship to attend Harvard. After some roller coasters that went both up and down, Liz graduated: from homeless to Harvard.


Have the most amazing weekend. Who inspires you?