The Mosque of Hassan II 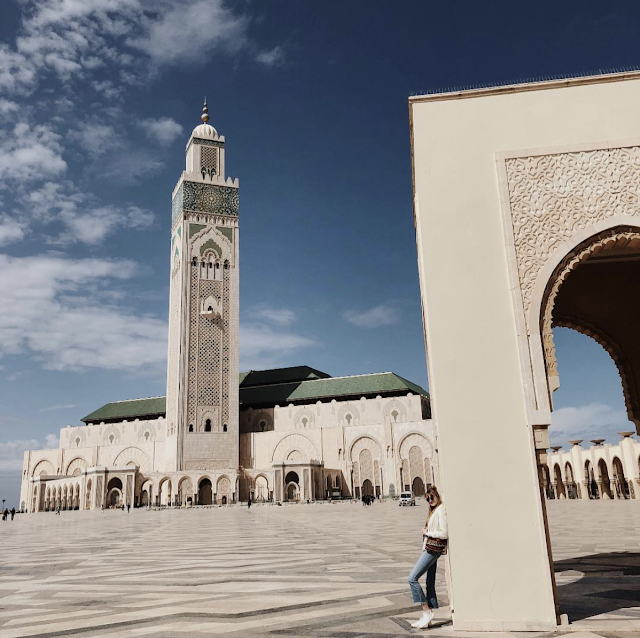 The mosque floating over the sea in sunny Casablanca, Morocco 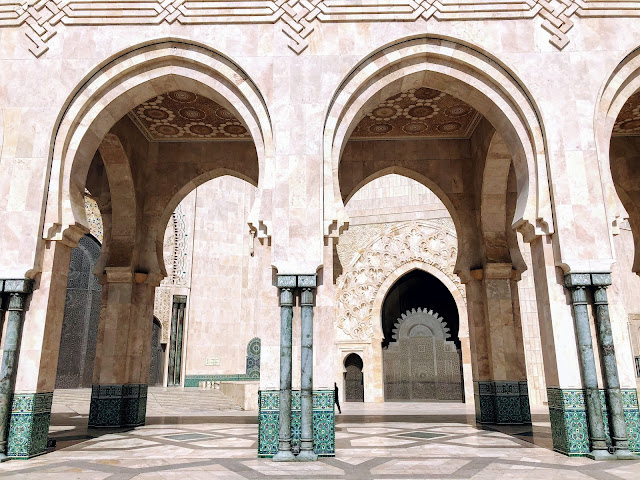 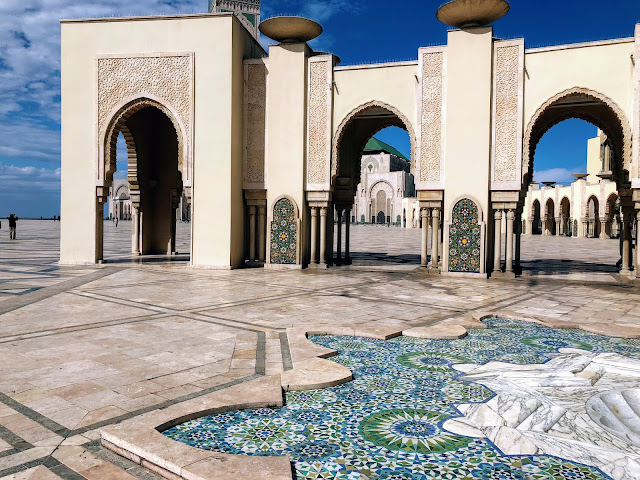 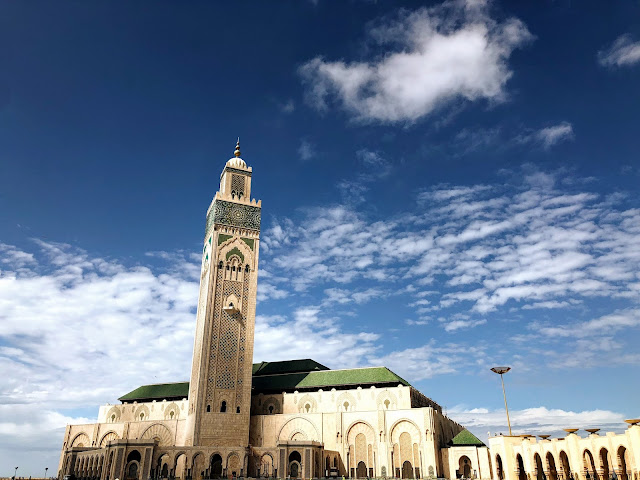 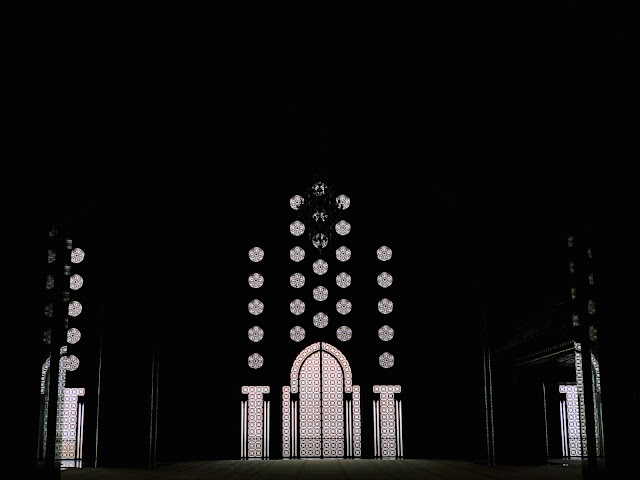 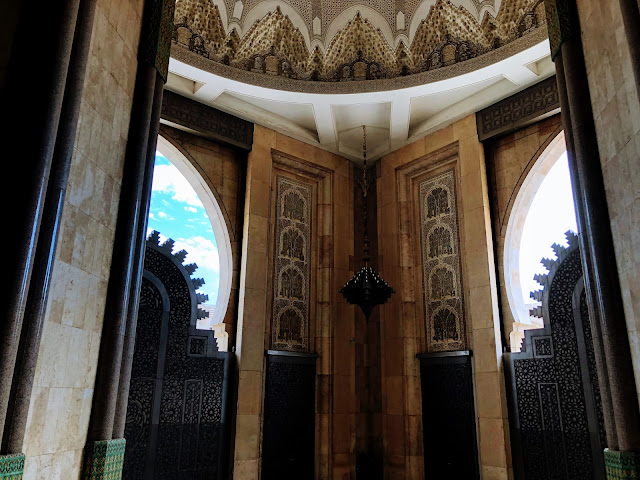 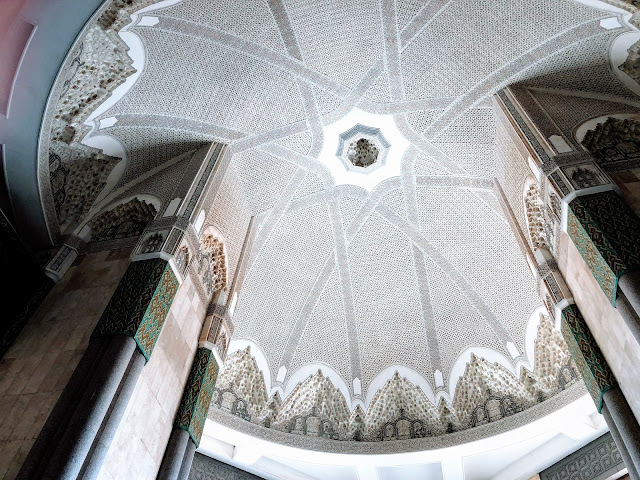 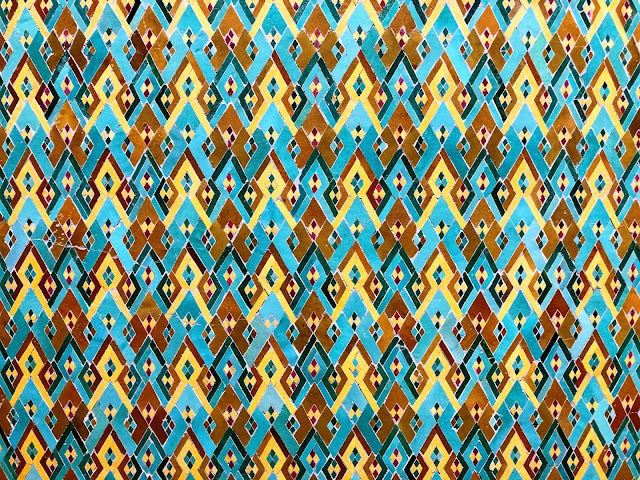 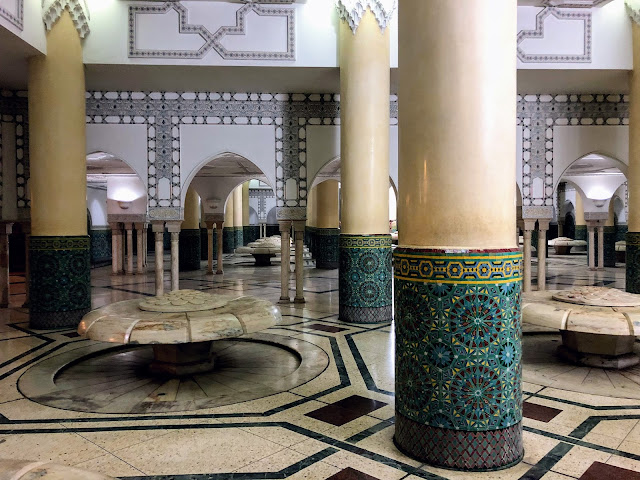 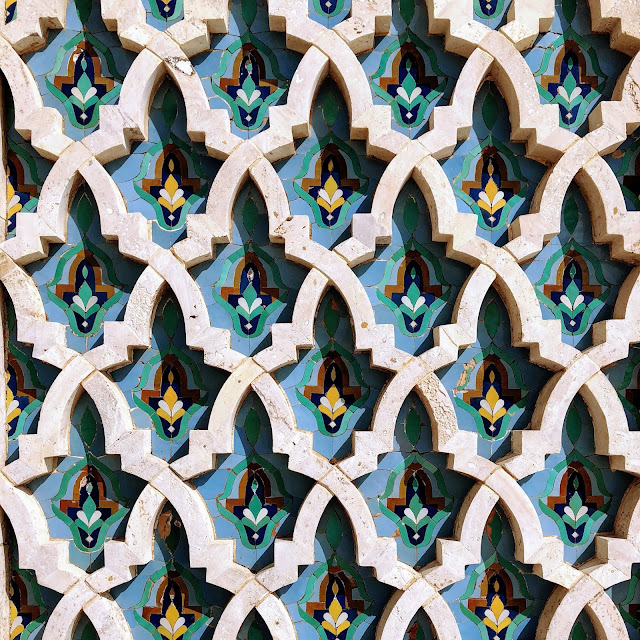 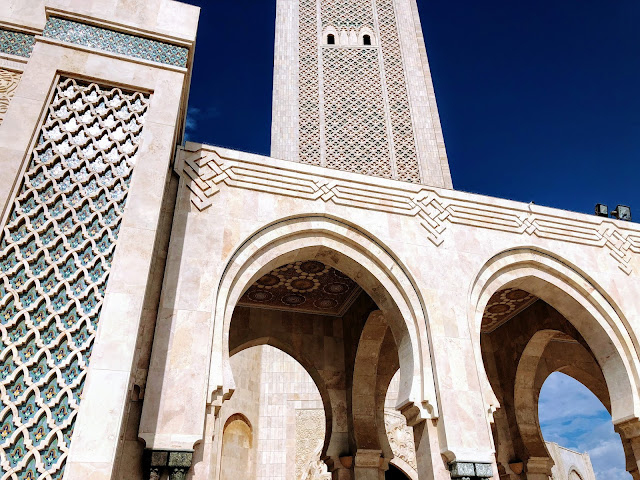 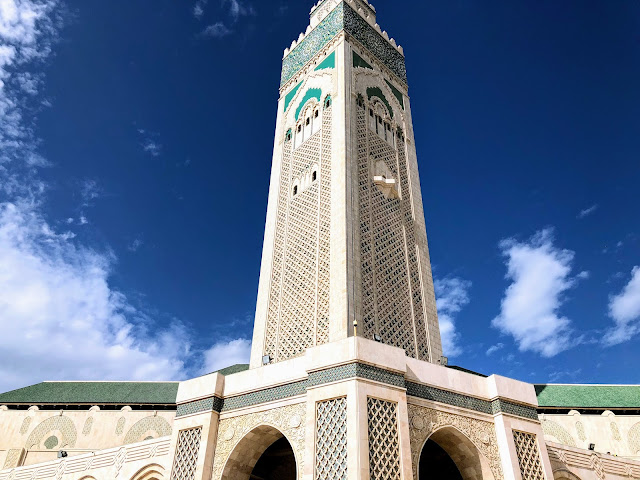 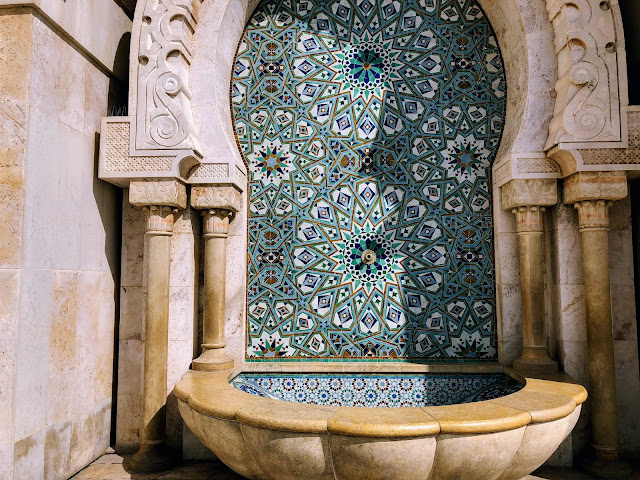 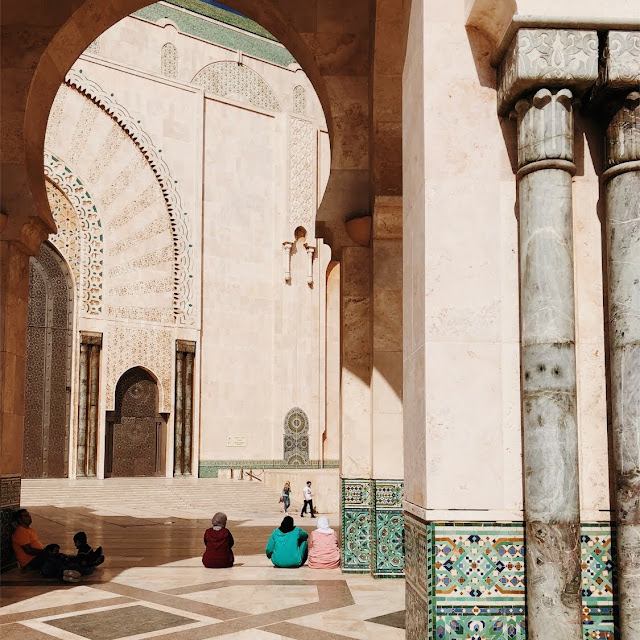 While it would take me about an hour to recount to you all of the churches and cathedrals that I have been to, never have I been to a mosque before in all of my travels. I grew up Catholic, as well as my parents, so naturally we were always inclined to go to Christian countries. I have been to Vatican City three times and every time I go to Paris I always stop in Notre Dame de Paris.

It has only been through my AP Art History class junior year of high school that I was even introduced to what exactly happened inside of a mosque. More than that several art history classes and personal research later, I have come to learn about the formalistic and contextual importance of Islamic art. For example, no iconography is displayed in Mosques only abstract mosaics and Arabic inscriptions as to avoid the worship of icons because a key belief in the Muslim faith is a worship in one God and one God only -- Allah. Not only are they extremely beautiful, patterns help to create a meditative like prayer experience. Furthermore, each color and each pattern have their own symbolic message and importance. If you want to know more about this click here.

2018 is by far the year I am learning more than I ever have about Islam. I am taking an interesting class taught by an atheist Danish feminist theologian about unpacking the Western perspective of Islam using accommodation models, meaning systems and the sociology of religion. That combined with my recent trip to Morocco, in particular the Mosque of Hassan II, has really opened my eyes to a religion that I grew up with a stigma against thanks to my own religion and of course the nature of Western news. This is a classic example of education truly having the power to open one's eyes to another facet of the world to better create understanding to work towards a more unified humanity.

The Mosque of Hassan II was completed in 1993. After construction, it became the fifth largest mosque in the world. It can hold up to 100,000 people for the daily prayers during the month of Ramadan. Each day they have around 25,000 people come for the five times daily prayers.

The most interesting part of my tour of the interior of the mosque was hearing our local guide discuss its architecture. I never realized how intentional architecture was in the construction of a religious site. For example, the Mosque of Hassan II is constructed over the ocean to mirror a description of heaven found in the Qur'an.

More than anything I am breaking down past stigmas through my discovery of Islam and realizing more and more how beautiful it's teachings are. While the mechanisms of delivery differ, I now realize how familiar the messages are to the ones that I have received through my Catholic upbringing.

"The reward of goodness is nothing but goodness" - The Holy Qur'an; Chapter 55 Verse 61

"Do unto others as you would have them do unto you" - The Holy Bible; Matthew Chapter 7 Verse 12
Labels: travel